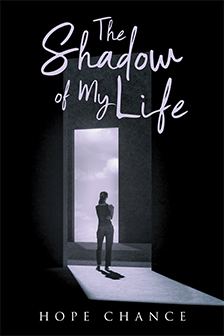 The Shadow of My Life

Takes place in the 60’s midwest my goal was to act on the legitimate stage from age 8 on up. Was talented, went to drama school, removed from that by their parents. married because didn’t know what to do all she ever wanted to do is an act. Three marriages failed, first husband was extremely mean and raped her every night. she was married to him for 8 years tried to make a go of it. Had a daughter that was exactly like her father’s hateful disposition and mean very mean. Married three times was to support everyone. Life was a nightmare and never got over the first love of the Pasadena Playhouse and Mr. Right. they found each other again after 27 years and the love was still there and remained until his death in 2006. She worked at many professions she had to because she was alone and had to support herself. She gave up her little girl with the first marriage because she hated her mother and that was no way to raise a child. Every door that shut in front of her there was always another one that opened. God was good and she

knew she was not alone and she still walks with him guiding her. you see God was her salvation through all of her life and horrible marriages. He was the only one that ever provided for her guided her and loved her. She knew that it was Him and her all the way and still is. Doors slammed shut and he threw open others always, there was always another door.