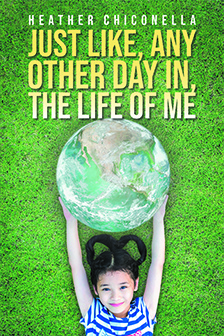 Just Like, Any Other Day in, The Life of Me

All of this is based on the day I got hit by a car. The things I’d personally witnessed as each one literally fell into play around me. All that’d both, before and after it’d taken place. Which, I will explain rather distinctly as chapter one progresses itself. Such as the many things I’d witnessed falling into play as it took place around me. Things like, trying to figure out what every event meant. How I managed to live and deal with them. My observations towards the attitudes it’d aroused around me while moving forwards non-stop. I’ve tried to bring my words as close as I can. Towards recreating and developing what I’d witnessed. Not to mention what I both felt and experienced along the way. Heck, until now, no one has ever been willing to personally voice their own opinions towards what is something like this was really like to live through. Just that alone, makes my doing so almost like a first-time thing. Yea, I’ve always been that kind of person. That’d seem to have all the little kid’s habits down pat. The only difference is that this one would completely change my life from that point on!